The Groves community site is the former Whittier State School, the oldest State school for juvenile offenders in the State of California. In 1941 the name was changed to Fred C. Nelles School in memory of its Superintendent of 1912 to 1927. Under his leadership, innovative programs were initiated, the first psychiatrists and psychologists were introduced, clinical programs were initiated.

Designated a California State Historical Landmark in 1983, the institution remained in continuous operation for 113 years until its closure in 2004.

When the Whittier State School was founded in the late 1800s, agriculture was an integral component, both for instruction of the wards and to provide the majority of food supplies for the institution. It's estimated that at one point the land included about 55 acres of citrus fruit, 20 acres of walnuts, 30 acres of vegetable garden and a deciduous orchard of about 350 trees and occupying about 25 acres. 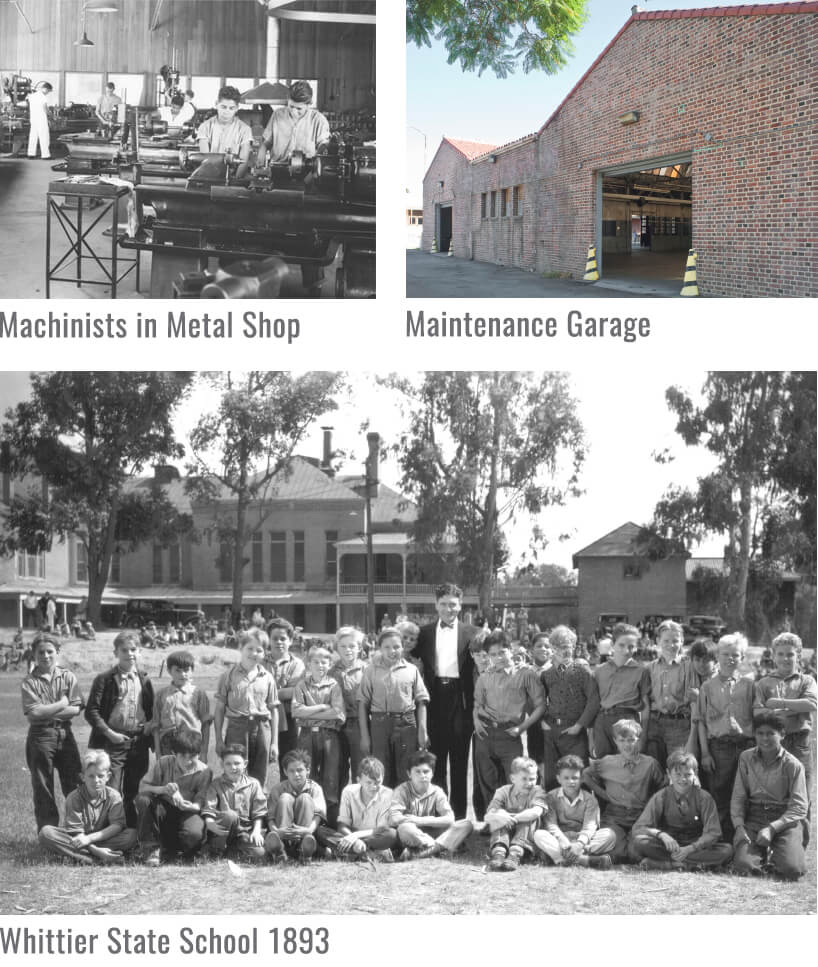 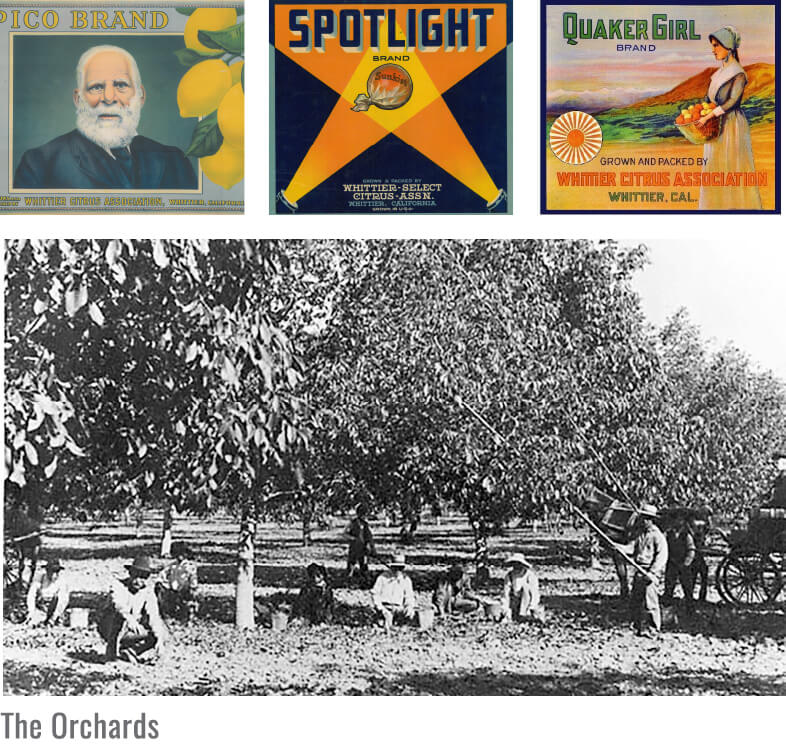 The City of Whittier was named after Quaker poet John Greenleaf Whittier in 1898. The community's early prosperity tied to its agriculture and citrus and walnut crops were the community's main economic base and chief employer. Agricultural settlement coincided with the extension of the Southern Pacific Railroad's first spur in 1887, and with its availability, Whittier's first commercial and industrial enterprises were established and the community began to flourish.